Enter as Strangers. Leave as Friends.

Established in 2006, Tremont Tavern started as a local watering hole and over time has become a staple of North Chatt, the volunteer state and southeast.  Some of our illustrious regulars deem it a national treasure!  We offer the very best in burgers and beer as well as some of the finest pub fare to be found east of the Mississippi. Come belly up with Chattanooga’s finest regulars!

Dissatisfied with corporate America, Dustin Choate saw a vacant building as an opportunity, deciding to follow his passion. Opening in December 2006, the unassuming neighborhood pub has doubled in size over the years, transitioning from a hidden hole-in-the-wall into a restaurant boasting numerous accolades and awards.

Known for its laid back, welcoming atmosphere, Tremont Tavern takes burgers and beer very seriously. Using their own proprietary grind and blend, Tremont has become just as much a restaurant as pub. Blending ideas from the culinary team with suggestions from customers, the North Shore favorite has developed a small, but unique menu that appeals to many different tastes.

Choate jokes, “I knew we had made it when a 90-year-old mother and her 70-year-old daughter would walk down the hill from Rivermont once a week for a burger and a beer.”

From politicians to twentysomethings, the crowd at Tremont is as unique as the food. Families with children and late night drinkers alike, find themselves at the “Cheers of Chattanooga.”

While the draft selection and craft burgers made them famous, the role the small bar has played in the city’s music scene is something that Choate is the most proud of. Tremont’s open mic nights and live music weekends have given many area musicians their start. “These musicians started with us in the beginning. It’s been really great to watch them grow to have a regional following.”

Tremont Tavern was selected as the 2016 Times-Free Press Best Burger and was a finalist as the Best Place to Have a Cold Beer. They were featured in Garden and Gun’s “Best Burgers in the South”, Foodiehub’s “Top 50 Feasts in North America” and were among the ranks for Urbanspoon’s “Most Popular US Restaurants and Bars”.

They say everybody gets their 15 min of fame, well if you're still waiting on yours, wait no longer! Every Tuesday night Mike McDade hosts Chattanooga's best open mic. Bring your axe, mouth harp, or whatever the hell you play, channel your inner front man, and leave it all on stage. Sign up starts when Mike gets here (usually 7ish) • 8:00 - Whenever 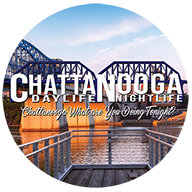